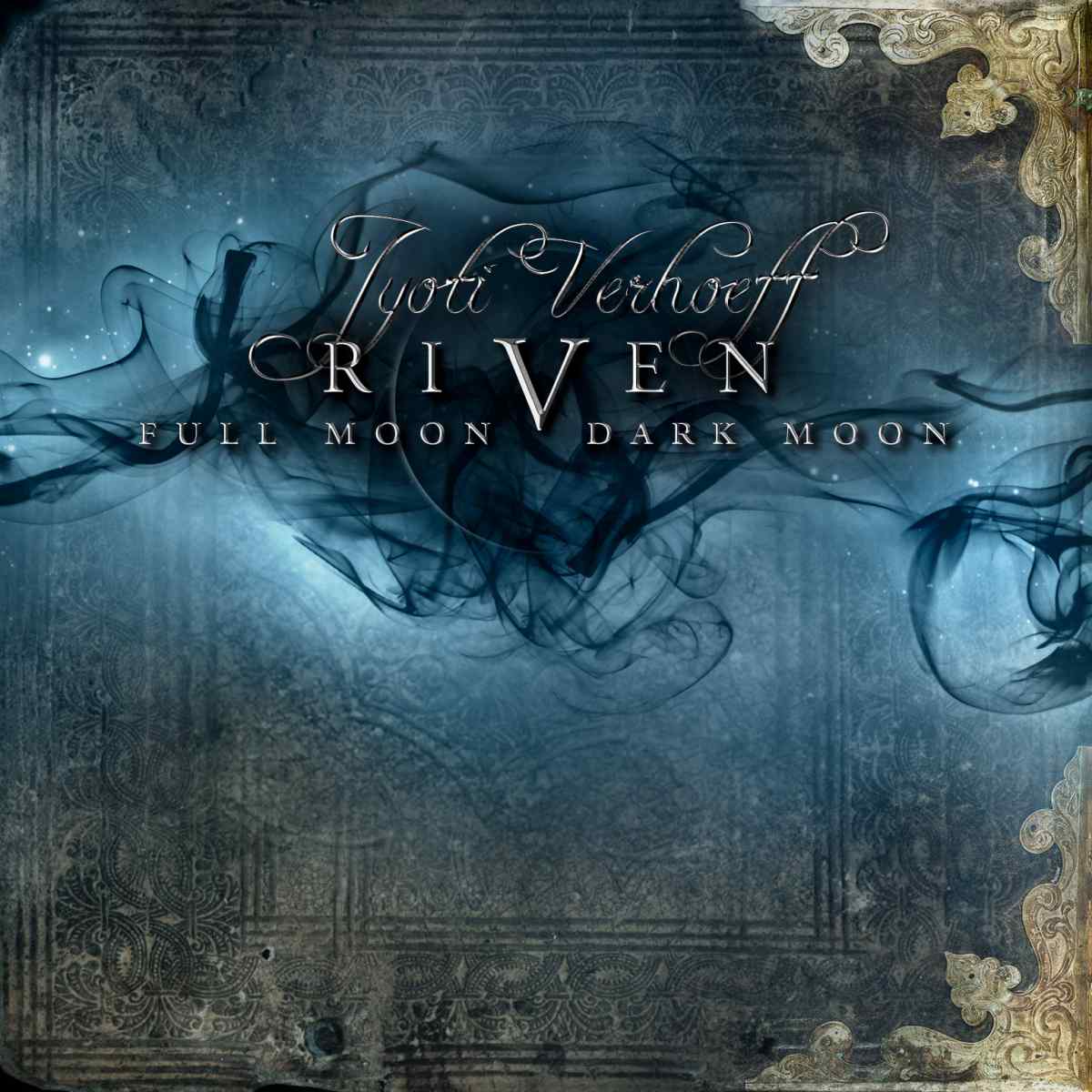 As the title suggests, this album is a double-album. "Full Moon" contains 12 stirring compositions, centered around the majestic Steinway grand piano, passionate sounds of the cello and intriguing vocals. "Dark Moon" encompasses songs that are more orchestral, featuring large string sections, choirs and a touch of modern electronics. The two discs represent the balance between dark and light, day and night, the in and out of our breathing… All opposites. Polarized, yet inseparable. A balance long forgotten...

Before light and darkness split,
we were once one.
But while the wind aged, we forgot...
Energy became humanity,
humanity became insanity
And man became blinded by the light
and chased away its own shadow.
Shields were riven, one world after another.
Then a prophecy was born in the arms of evenfall.
From here the wind carried the rumors
of an inevitable reunion.

The music of Jyoti Verhoeff is both intriguing and enchanting, almost cinematic in nature – with its many layers, endless amount of subtleties, and organic structures. Jyoti’s piano playing is lyrical, her voice crystal clear and captivating like a Siren, beautifully accompanied by the passionate and virtuoso cello play of Maya Fridman

This album was created with immense amounts of passion and love. A search for a way to express the unexpressable mystery. By the support and love of many wonderful people this album was financed through crowd funding. It was recorded by Fieke van den Hurk at the legendary Wisseloord Studio's in Hilversum 2013. Mastered by Grammy awarded Darcy Proper at Wisseloord Studios Hilversum.

Part I - Land of subconsciousness

In the cradle of civilization, where freedom is meant to be the torture of loneliness and isolation, people lived in a constant state of fear and obedience to those who had keys of their chains. Those were their own shadows, impossible to trace or to chase away. They seemed cruel, self-indulgent and ignorant. They were the people's own shadows turning them into their slaves.

But one day something peculiar happened. A child was born and it seemed that she had no shadow because she was so much united with it inside. There was so much love inside of her that her presence could restore any lost balance. So powerful she was. Shadows and their slaves, the people, were very scared of her. So they put her in chains and hid her far away. But her love was as strong as a stone and promised that one day she will escape and set them free.

Part II - King of the sun, kingdom of false intellect

After many years had passed, this land was conquered by a mighty King, on his side his beloved Princess. The conquerors were powerful and shadows were all chased away by their swords. In fact, the people despised shadows and eliminated their own shadows as much as they could.

But in this well-established kingdom there was one person who suffered greatly because of her shadow seemed growing day after day. Her shadow revealed her many things of truth and told her about the hidden child. She even let the shadow enter her body more and more. And then the princess saw that everybody even her King were deceived and their truth distorted. She couldn't tell no one about it because nobody would understood what she discovered and even would think she might be of great danger for all people around her.

One day she received a dream were to find the hidden child and set of for a journey to find the child and set it free. Soon she found the place and opened the all doors she could find and invoked shadows which were banished for ages and the Princess called al creatures from the twilight to come to fight. For she knew now that it was the only way to reunite people with their shadows again. She knew she would have to become an enemy to her own kingdom and the king. She let her shadow guide her and transformed herself into a warrior.

The child was brought back by her new faithful followers, among which was the princess. The love that the child bestowed on her made her strong in her heart and powerful. The King was very sad, he was full of hatred for the existence of shadows because it had changed the heart of his beloved princess. The war was inevitable.

There was a great battle and rivers of blood were covering the earth. The princess warrior was leading her army of shadows and fighting outrageously against the army of the king. But wherever the child stepped in between those who were fighting against each other stopped fighting and melted into each other. Shadows entered the body of those who fell dead and by the grace of the child their bodies started to shine.

The King was not going to give up his kingdom, he was fighting his way intended to kill the child and bring his princess back. The princess was trying to protect the child from the wrath of her King. In the moment when his sword was almost striking the child she stood between them and sacrificed her life.

Everybody stopped fighting in that moment. There was a silence and the sobs of the king were the only sounds across the battlefield. The body of the princess was carried to the castle. The King's heart became open through his grief and he welcomed all shadows back to the kingdom.

The child embraced the princess and melted into her and so brought the princess back to life. The King and his princess-Queen were again on their thrones, united with their shadows and between themselves. The new time of harmony and recognition began.